When I was fourteen, until the time I was eighteen, the only thing I ever wanted was to be a mother.

When I was finally old enough to decide this, I ended up with a stray cat. She was the runt of a litter of four. The other three cats were half oscat, and male. The kitten I ended up with was a tortie shell, and female.

My parents had been trapping the wild cats, which would live in the drop down ceiling of our cellar , and giving them away to stop the spread of ferals. By the time this litter was born, we were a month away from moving across the country, so my parents didn’t even bother.

But one kitten kept falling from the ceiling, and unto the floor of our cellar. She was put back, multiple times, before we realized the mother had been trying to abandon her.

I’d always wanted a cat, and so I decided I would keep her. My mother and partner agreed, though I was later told they were expecting the other to say no, when they agreed. They further agreed because neither expected her to survive.

She was foul tempered, and refused to eat anything other than turkey, which actually took us a week to figure out. We started with an eye dropper, but she quickly took to hard food, because her mother never really fed her.

She was the thing that was missing in my life, and after caring for her, the idea of children simply didn’t interest me.

She did survive, for thirteen years, two months shy of fourteen. We lost her on new years day, of 2018.

I have a really hard time talking about her death, and it may have actually traumatized me.

Her whole life, she acted like she hated me. But when she understood what was happening, she just wanted to be near me.

One day I may be able to think about her without crying, but that time is very obviously not today.

This photo reminds me of a time I may have wanted children. A time when I was so much younger, and with so much more ambition.

That ambition is mostly gone now, and I consider myself blessed if I don’t have an anxiety attack, at some point during the day.

I still love children, and get along better with them than most adults. But I am glad, at the end of the day, for my time to be my own.

This photo is one of the large collection of pictures acquired during the Hillsville Gunshow/Fair. I don’t really have an age for it, but I would imagine its from the 40s or 50s. The clothing looks to be older, but the frame and photo seem too modern to be anything earlier than 1930.

Still, it is a great photo, one which the mischievous, yet mostly behaved personality of the children leaps off the page. I adore their smiling cherub faces. 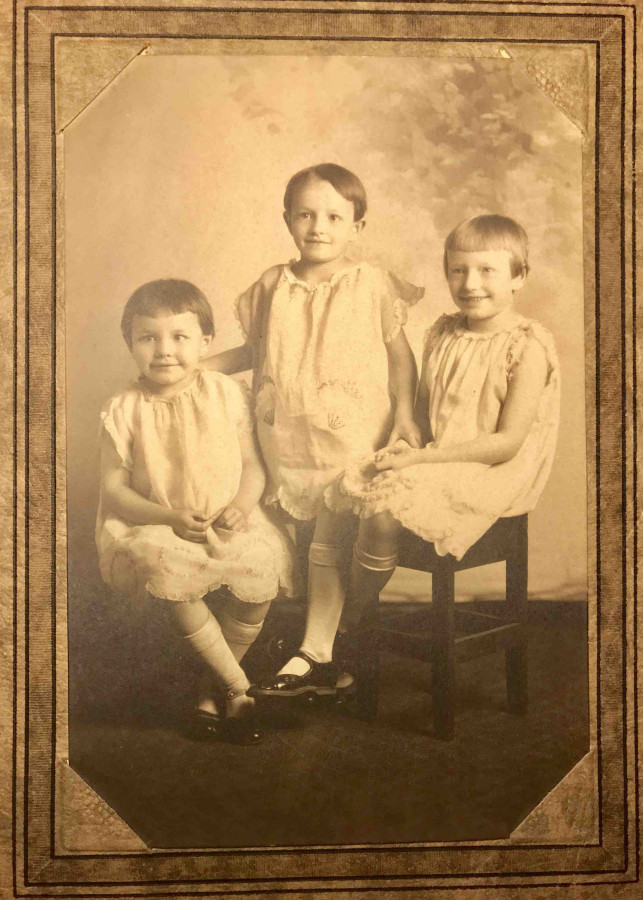