The first time I ever came across old photos was a few years ago, now.

Locally, there is a small family owned business that runs a used book store out of their barn. The place is amazing; not only are the books wholly inexpensive, the place is full of character.

There is a chicken house right infront of the barn, surrounded by chicken wire, which is functional, though dilapidated. Inside the fencing is a small collection of speckled fancy chickens, and a black and white rooster.

The barn itself is a grey blue. There is a small room, that serves as an entryway, which usually houses the clearanced goods.

We were arriving for their annual booksale, where the already criminally inexpensive books are half price, making most the books under a dollar.

The clearance room had a small stack of photos, in a small grey box, priced one dollar each. I looked through the photos, and picked out four; two young men, one beautiful woman, and a girl. The pictures were originally intended to be the grandparents of one of my characters, Major Thom Rumur. Rumur is a very complex character, but to briefly summarize, and simplify; he is the Mad Hatter, meets Captain America, meets Jack the Ripper, meets Prince Charming.

We purchased the photos, and I stored them in one of my craft drawers for over five years, along with one other photo I had found at a garage sale of a mother and son Romany family.

They sat in that drawer, forgotten, and stagnant, for over five years.

This is one of the original four photos. 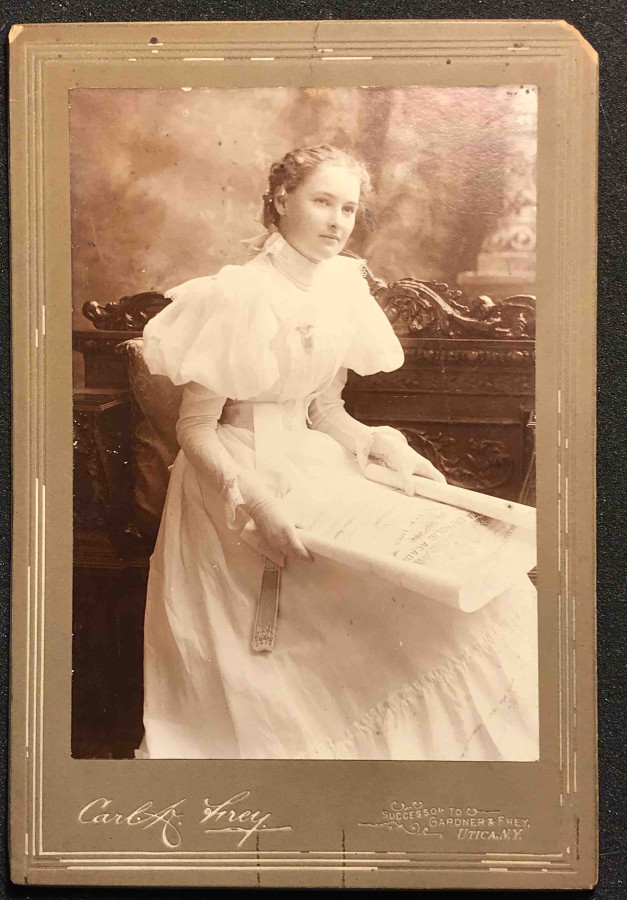